The alarm was particularly cruel that first Monday back. While craving some normalcy after a chaotic January, being back at work just wasn’t as lovely as strolling in Marais.

Working on programs while eating my salad, I think about my desire to eat more like a French woman. I simply can’t shake the notion that she would never be caught eating at her desk.

There are so many things I love about Paris but I think the food culture tops my list. From the standardization of both the process and the price of a baguette to the fact that the presentation on your plate is just as important as the taste, the French don’t just respect food – the revere it.

With all this food worship how do French women avoid gaining weight?

Time for a quick reality check: the French are indeed getting bigger. The latest statistics show their national obesity rate is rising (currently around 14%) but it is less than half of the obesity rate in the United States (clocking in at 34.7% of adults.) According to an NPR story,  the influence of American pop culture is big part of the problem. Fresh from a few days in Paris, I must agree. With soda and snack vending machines in the Metro and the proliferation of McDonald’s and Starbucks, we are a very bad influence indeed.

Thankfully much of traditional French food culture still persists. So what do they know that we don’t about food? No, it’s not the resveratrol in the wine or exclusively about smaller portions (although that helps.) It’s the culture of eating itself that keep many French women from gaining fat.

They eat slowly. When you slow down, you can actually connect with what you’re eating and your level of fullness. We had a three-course brunch with a pot of Long Jing tea at Mariage Freres which lasted for just over an hour. What felt like a leisurely meal to me took less time than a few couples at the tables around us. I relished the opportunity to savor my food, enjoy the different flavors (oh the butter!) and let my body tell me when it was done instead of mindlessly eating another piece of brioche. 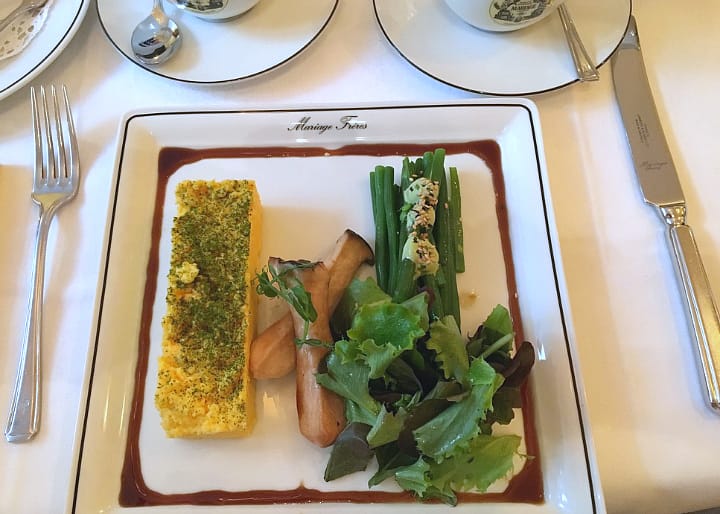 They actually take a lunch. The two hour lunch is slowly becoming a thing of the past however, the average French worker still allows plenty of time for lunch – about 45 minutes. And this is time to eat, not run errands or catch up on emails. Even in schools the minimum lunch is mandated at 30 minutes, although most schools allow an hour.  If you see a person eating a sandwich or croissant on the street chances are he or she is a tourist. (Guilty…I had to have one last croissant on the way to the airport.) Even if you can’t take a 45 minutes lunch, take what time you do have and just eat.

They put away their phones. Speaking of multi-tasking and distraction, as we had lunch and tea at Jacquemart Andre Musuem I noticed no one hunched over a phone while they ate their quiche. People were talking to each other and enjoying good conversation with their food. Conversation isn’t just good for your body; it’s good for the soul. After I took a photo or two, I put my phone away and enjoyed some time with Brian and some fantastic people watching. (I love the easy style of French women and made many mental notes about their shoes and make-up.)

They are home in time to make dinner. While the “official” French workweek is 35 hours, truth be told full time workers work just under 40 hours per week. Compare that to an average of 47 in the U.S. If you got off work an hour earlier each day wouldn’t it be a little easier to make dinner? Plus when you pass markets on the way home full of artfully displayed produce, fresh cheeses and whole grain bread how could you not want a giant salad or frittata for dinner. Brian and I ate our mid-day meals out but took advantage of our AirBnB kitchen to make a simple supper each night and enjoy a convenient breakfast at “home”. 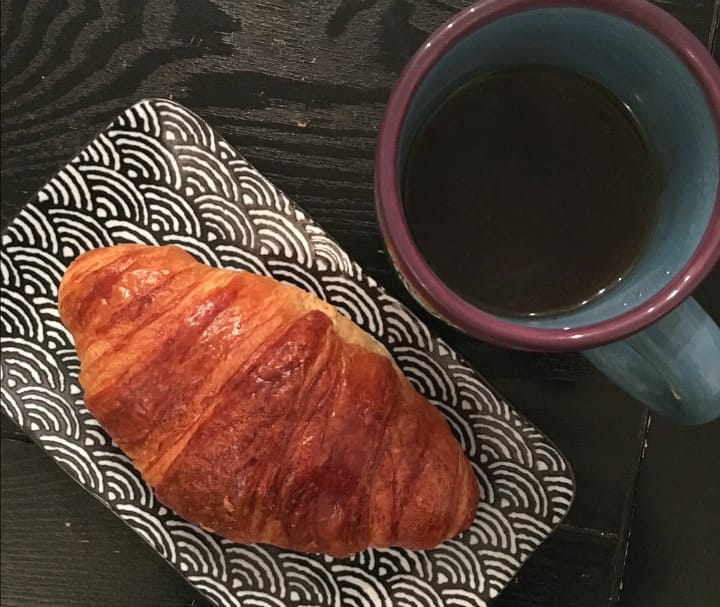 I believe these are big reasons why French women (and men) don’t struggle with their weight the same way we do. I am sure all the walking helps too but I really believe it comes to down to how they see food. They respect it, they enjoy it and they don’t see it as “one more thing to do”. Food is life. While the don’t live to eat, they certainly eat to live. 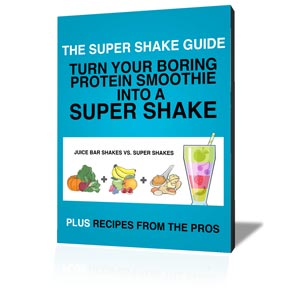 Stop the madness! Eating healthy should not be stressful. Get your FREE Kitchen Rescue Pak today!

Check your eMail to confirm your Subscription!